If you’ve never read, Freakonomics, by Stephen Dubner and Steven Levitt, I highly recommend that you check it out. If ever it was possible for economics to be made highly entertaining, Freakonomics accomplishes that feat. Written in 2005, it’s a bit old, but still highly relevant and fascinating.

One such chapter in the book explores the economics of dealing crack cocaine, coming to the surprising conclusion that drug dealing is not nearly as lucrative as the bling bling and cool cars would have you believe. The authors found that, despite not paying taxes, the average foot soldier in a successful Chicago drug gang made only about $3.30 per hour.

Here’s a video of one of the authors describing the study:

So what does this have to do with Hackers living with their moms?

This article, from popular cybercrime journalist, Brian Krebs, discusses the hierarchy in large hacking groups, and concludes that the majority of the employees of these groups are low level workers focused on administrative and maintenance tasks.

Just like the “foot soldiers” in Freakonomics (credit to “Charles” in the Krebs article’s comments for making the association).

According to the article, “Conceptualizing cybercrime actors as high-skilled, creative adolescents with a deep love for and understanding of technology may in fact mischaracterize most of the people on whom these markets depend, who are often low-skilled administrators who understand fairly little about the systems they maintain and administer, and whose approach is more akin to the practical knowledge of the maintainer than the systematic knowledge of a software engineer or security researcher.”

Does this mean the foot soldier hackers are making $3.30 per hour? Who knows for sure, because they’re not filing their taxes either. What is true is that, just like crack dealing, as hacking becomes bigger and bigger business, the vast majority of the people employed in the industry are focused on menial, repetitive jobs with  long hours and much lower pay than their superiors.

Aside from getting a black hoodie on your first day, I guess hacking’s not as cool as they make it look in the movies. 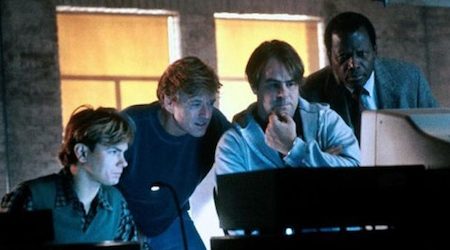 Through the Decades: Security Innovation in Response to Threats